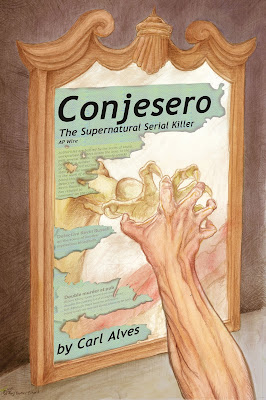 The story follows my favourite PhD student, Kerry-Jane, when she visits her bank manager, who turns out to be a pretty blonde called Dawn.  Dawn clearly finds Kerry-Jane attractive…

Posted by Andrew Richardson at 06:41 No comments:

Kerry-Jane wants to buy a car so goes to ask her bank manager for a loan.  The manager turns out to be a gorgeous blonde called Dawn who clearly finds Kerry-Jane attractive. . .

I’ll announce the publisher as soon as contracts have been exchanged just in case anything goes wrong.

Thank you to Phil, who as usual read the manuscript before I submitted it.

Posted by Andrew Richardson at 18:49 No comments:

Everybody seems to do as review of the year, and as at the end of previous Decembers I’m jumping on the bandwagon.  Here’s what happened in my writing world in 2015:

So, what is there to look forward to in 2016?
Finally, a big thank you to everyone who helped my writing in 2015, whether by critiquing my work on Critters or offline, or by providing encouragement, or by editing my work, or generally just being there when I’ve needed a shoulder or advice.  Particular mention, as usual, to Carole and Phil.

Posted by Andrew Richardson at 13:56 No comments: