Having got that out of the way, I bought a multi of the ‘Wrong Turn’ series because my local DVD retailer was selling them at a price I couldn’t refuse.  So, what did I think of the series (which didn’t include the sixth installment)?

For my money I got a succession of films about a family of inbred hillbillies living in a remote area who live by slaughtering and eating wayward travelers – usually sex-crazed college kids, I suppose showing the films’ target audience.

The gore is laid on thick, but in a more tongue in cheek way than in a lot of slashers, a sign that the films take themselves less than seriously.  After watching the first two the formula became predictable but enjoyable, although by the last film I was ready for the series to finish.  It became a bit like listening to an AC/DC or Status Quo album for the first time, you know what you’re going to get which is generally young people being cut up and eaten (in the films, not the albums!), although each of the films had a clever twist at the end.

The series’ strong points are:

The weak points are:

My favourite in the series was the second, which was genuinely a fun watch.  It had a good mix of characters and tongue in cheek, over the top gore, while maintaining tension.

The weakest in my opinion was three, which involved escaped prisoners and a list of obnoxious characters whose fate I was largely ambivalent to.

Overall this is an entertaining if not groundbreaking series and I’d give it 3/5. 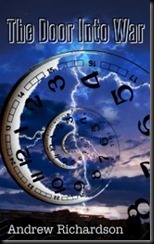