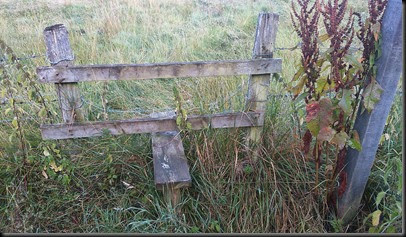 British readers will recognise it instantly and be asking, “What’s he posted a picture of a stile for?”

Readers from outside the UK might well be asking, “What is it?”

This slightly tongue-in-cheek post comes from feedback for a Welsh-based story I sent through Critters.  A good significant proportion of readers from beyond these shores had no idea what a stile is.  One reader even got quite heated in his berating of me for putting something he had never heard of in the story.

So, what is a stile?

According to Wikipedia, it’s a, “structure which provides a passage through or over a fence or boundary via steps, ladders, or narrow gaps.”  In Britain, many public footpaths run along the edges of fields, and stiles let walkers cross field boundaries without making a gap in a hedge or forgetting to close a gate, meaning livestock can’t escape.

I’m fortunate in living on the outskirts of a large town, so I have the countryside only a few minutes away.  One of my favourite country walks takes an hour or so, and I cross nine stiles.  That may be more than for most walks, but gives an indication of how common they are in this country.

So, stiles are part of the British fabric.  So much so, it’s right that my characters come across them regularly when they’re in the countryside.  They’re so common and a part of everyday life that I have to admit it never occurred to me to think that some readers have never heard of them.

So, that’s what stiles are, and why they appear in my work.  And here’s the one at the top of the post in its setting. 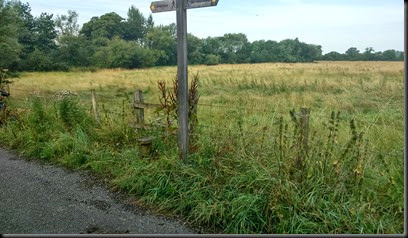 Posted by Andrew Richardson at 09:06